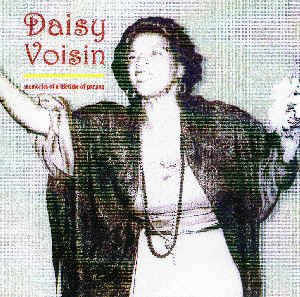 CHRISTMAS - DAISY VOISIN - MEMORIES OF A LIFETIME OF PARANG

DAISY VOISIN - MEMORIES OF A LIFETIME OF PARANG

This CD features some of the best classics of parang music by the legendary Queen of parang from Trimidad and Tobago that includes "Hurah Hurah" and "Sereno Sereno".
The Queen of parang music, Alexandra "Daisy" Voisin was born on 23 September 1924 and died on 7 August 1991
Parang is a type of music with Caribbean and Latin American cultural influences. The word is derived from the Spanish word parranda, meaning 'merry-making' or 'a group of serenaders'...
Voisin was born in Erin, Trinidad and Tobago. She began her singing career in the Village Council and other local groups. A deeply religious person, she received the message to spread the gospel of Parang in a church in Siparia,a town in southern Trinidad, south of Penal and west of Fyzabad. Also called the Sand City it was originally a non-Mission Amerindian settlement, Siparia grew to be the administrative centre for County Saint Patrick, and later the Siparia Regional Corporation in 1973. Not long after she was launched into the spotlight at a "Best Village" competition in 1971.
This CD is another priceless collection of Caribbean music.